Time Runs Out for Revlon 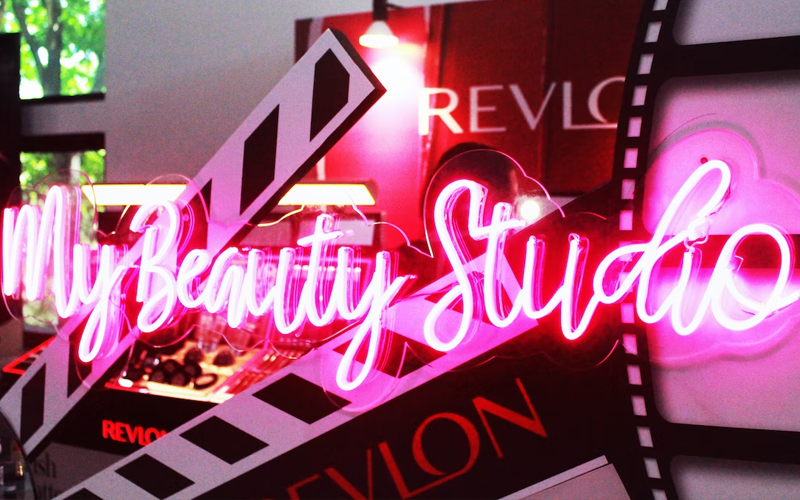 Ronald Perelman couldn’t shuffle fast enough in the end to save Revlon, which has filed for Chapter 11.

Perelman is the majority owner of Revlon, gaining control in the mid-’80s via a hostile takeover through his company MacAndrews & Forbes. In 2020, he revealed that he’d been selling off assets — from companies to fine art — and at the beginning of this year, he offloaded his opulent Lily Pond Lane mansion in East Hampton, N.Y., for $84 million. This was down from the original listing price of $115 million.

The 90-year-old New York-based beauty company, whose brands include namesake Revlon, Elizabeth Arden and Almay, has been struggling with a hefty pile of debt listed as $3.7 billion that it spent much of 2020 renegotiating, which enabled it to avoid a more formal restructuring process then. But supply chain issues, soaring inflation and increased competition from the likes of The Estée Lauder Cos. and Coty Inc. and a plethora of digital start-ups have only exacerbated the situation, and these factors combined with loans coming up for renewal forced it to once again consider bankruptcy.

“Today’s filing will allow Revlon to offer our consumers the iconic products we have delivered for decades, while providing a clearer path for our future growth,” said Debra Perelman, Revlon’s president and chief executive officer. “Consumer demand for our products remains strong — people love our brands, and we continue to have a healthy market position. But our challenging capital structure has limited our ability to navigate macro-economic issues in order to meet this demand. By addressing these complex legacy debt constraints, we expect to be able to simplify our capital structure and significantly reduce our debt, enabling us to unlock the full potential of our globally recognized brands.”

In the filing, Revlon stated that it is receiving a $575 million in debtor-in-possession financing from its existing lender base, which in addition to the existing working capital facility, will provide liquidity to support day-to-day operations.

Further explaining its supply chain issues, Revlon detailed that manufacturing facilities in Oxford, N.C., and Jacksonville, Fla., have reduced production significantly and will be required to shut down temporarily within two weeks due to a lack of inventory, while a factory in Mexico that supplies key products such as ColorSilk, fragrance and body mists has already temporarily closed due to lack of inventory.

“If the debtors are unable to acquire goods from the critical vendors to fulfill actual and projected orders to support the holiday season and for their [new product development] launches [which has already begun], the debtors will experience a corresponding loss of revenues based on an inability to meet existing demand,” it added. “If the company cannot rapidly resume production, they will experience a loss of at least $87 million in committed holiday sales and $94 million in NPD sales in [the fourth quarter] alone, that would be directly attributable to their inability to fulfill customer demand.”

But supply chain issues are not its only problem. Once one of the most popular beauty companies, it is now ranked 22 in terms of market share, according to an analysis by WWD. In recent years, it has struggled to compete with the growing number of celebrity brands hitting the market, particularly Kylie Cosmetics, now owned by Coty, who parlay their huge social media followings into sales.

The total number of creditors are estimated to be between 10,001 and 25,000. The largest creditor is US Bank, National Association Global Corporate Trust Services, which is claiming $442.5 million. Revlon has listed its total assets as close to $2.4 billion.

According to the filing, none of Revlon’s international operating subsidiaries are included in the U.S. Chapter 11 proceedings, except Canada and the U.K. In particular, Elizabeth Arden U.K. Ltd., its main U.K. subsidiary, owes approximately $400,000 to its vendors and other unsecured creditors. In a filing requesting to keep paying critical vendors, the company cautioned that upon the commencement of U.S. chapter 11 proceedings for Elizabeth Arden U.K., unsecured creditors may exercise remedies against it up to and including the winding up of Elizabeth Arden U.K. as an operating entity.

“The forced liquidation of EAUK would cause irreparable harm to the debtors’ business because EAUK generates $60 million in annual gross sales for the debtors,” it said. “Losing that presence and stronghold in the U.K. would not only be detrimental to the Elizabeth Arden brand, but to the debtors as a whole. Unlike a Chapter 11 restructuring under the Bankruptcy Code, a wind up under English insolvency law is a terminal process, and EAUK may become subject to a validation order under which EAUK would not be able to make any payments or dispose of any assets without the permission of the English court.”

As for what bankruptcy proceedings are likely to mean in the case of Revlon, Jonathan Pasternak, a partner in the bankruptcy law practice at Davidoff Hutcher & Citron, told WWD it will more likely revolve around reorganization as opposed to asset sales.

“Of course the alternative is they have a very valuable set of brands that could be marketed and auctioned off if a traditional reorganization doesn’t happen but I believe right now that they’re actually on a reorganization track,” he said. “They need to get modern, they’ve got to really break out into social media, get behind their new celebrity brands because that’s where they’re really getting hit on competition. They’ve got to take advantage of social networking, including virtual sales.”

For Ronald Perelman, the bankruptcy filing represents a fall from the heights he took Revlon to in the ’80s and ’90s, when he used the brand to catapult himself into the worlds of society, fashion and Hollywood by tapping such faces as Audrey Hepburn, Cindy Crawford, Christy Turlington, Jerry Hall and more. While the beauty firm represented only a portion of MacAndrew & Forbes’ holdings, it was one that he paid particular attention to — resulting in a revolving door of CEOs throughout the decades as one would arrive and then depart after a few years once Perelman’s dreams for the beauty group remained unfulfilled. In the end, the person who he handed the reins to was his daughter.